Beginning roughly in 1960, classical doo-wop gave way to a "neo-doo-wop" stage. This changeover occurred in large part because of the oldies (really doo-wop) revival that started in 1959, which forever"framed" the sound of the classical doo-wop groups in the minds of fans. Groups that kept evolving the doo-wop sound became "neo-" groups; those that were enamored of the sound represented by the revival kept on with the classical formula. Although neo-doo-wop maintained the simple melody lines and young love oriented lyrics of the classical phase, the signature qualities of doo-wop were exaggerated. Songs were more frequently led
by falsettos. The philosophy seemed to become "more is better" (or, "go for baroque"). Instruments also played a more important role. The bass parts became heavier and more prominent, proffering more complicated patterns of nonsense syllables that often took over the song. For example, examine the two bass riffs below;
(1) Bon Bon Bon,
Buh Bon Buh Bon Bon,
Buh Buh Bon Bon Bon,
Buh Bon Buh Bon Bon Bon....."*
*"Zoom Zoom Zoom," Donald Hayes, Harlen Jackson (Selma Music, 1957). BMI.

By the way, the pronunciation of the nonsense syllable "Bon" is difficult to convey. It is NOT pronounced like bon bon the ice cream treat. It sounds more like "Bawn" except the "n" is not pronounced, accomplished by not letting the tongue touch the palate. The best approximation is found in the French word "bon," meaning good. It Is possible that those bassist choosing to use this syllable had at least one semester in French.

The first of the two samples is from the classical doo-wop effort :Zoom Zoom Zoom" By the Collegians (1956), in which it was used to punctuate choruses. Astute readers will note its similarity to the bass riffing "I Wonder Why." The second sample is extracted from "Blue Moon", a 1935 melodic  ballad converted to uptempo format by the Marcels (1961), who used it to introduce and end their song as well as to embellish their choruses. Aside from the base (or is it bass?) plagiarism involved, the gratuitous and sudden shift from "Buh-Bons" to "Ka-Dangs" is typical of neo-doo-wop nonsense syllable riffs. Those knowing both "Zoom" and "Blue Moon" will also note the difference in delivery. The former is delivered in a laid-back manner, while the latter convoys stridency and resoluteness. This too, is typical of the advances made in the neo-doo-wop era. The Marcels follow-up to "Blue Moon," namely "Heartaches,) provides a lesson.

Notice the rapid shifts from "Yips" to "Werps" to " Bum-Mums" to "Buh-Bons" to "Dums" and "Mums." Purists see this as too ornate and artificial, but one has to admit it is heady stuff and does make a statement. 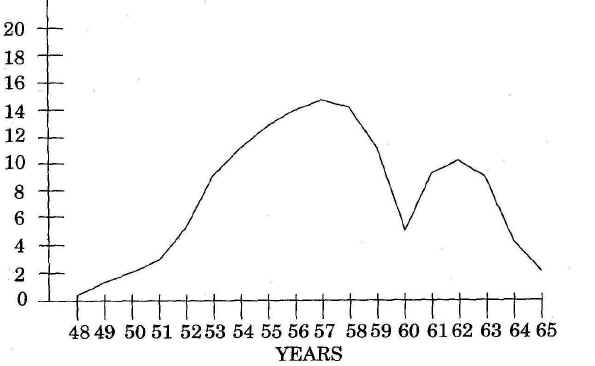 Prominent Examples of the Neo-Doo-Wop Era: