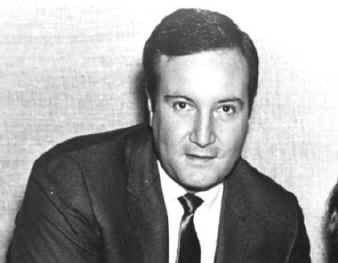 Don Kirshner, son of a Bronx tailor, masterminded the takeover of rock by the songwriters

A native New Yorker, Don Kirshner spent most of his late teens in East Orange, New Jersey. After high school Kirschner attended City College, an athletic scholarship took to Upsala College in East Orange, N.J. where he captained the basket ball team.. While working as a bellhop at the Surf Clubin the Catskills one summer, Kirshner wrote his first song, and while carrying bags for Frankie Laine, tried to sell it to the popular star. Laine turned it down, but explained where and how to get a demo made. Kirshner followed his advice, with $50 from his father, Kirshner recruited the Surf Club's bartender, recorded  a demo, had the song published six months later, but it was never recorded. 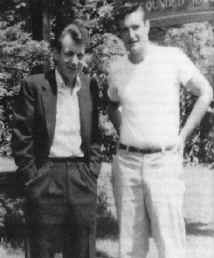 In 1956, Kirschner graduated from Upsala with a degree in business adminstration.

Kirshner was working around the industry when, through a mutual friend, he met Robert Casotto at a candy store in 1957. After hearing Cassotto play and sing his original material, Kirshner decided they should be a team. It took a year for a deal to come their way, and the first few records went nowhere, but Casotto, known professionally as Bobby Darin, would soon develop into a highly creative and successful recording star.

In the early years, 1956-58, Kirshner wrote some forgettable songs like "Go To School" and "Warm Up To Me Baby." With Darin, the songs improved slightly, but failed to catch the public's imagination. During this time Kirshner and Darin decided to go door to door, offering to write commercials for shops and businesses.  On some of those commercials was one Concetta Franconero, a New Jersey friend of Kirshner's . Later as Connie Francis, she would help Kirshner more than he could imagine at the time. 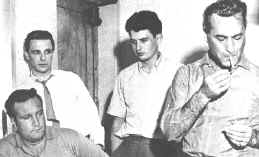 In 1958 at the age of twenty-one, Kirshner met Al Nevins, a successful composer, musician and recording artists, who had many pre-rock era hits as a member of The Three Suns. Kirshner sold Nevins on the idea that publishing new material for teenage record buyers could be an extremely profitable venture.On May 1958, Aldon Music was born.

While literally unpacking furniture at their new office at 1650 Broadway, across the street from  the famed Brill Building at 1619 Broadway, Neil Sedaka and Howard Greenfield walked in looking for a publishing contract. They preceded to play six songs for Kirshner "Stupid Cupid," "The Diary," and "Calendar Girl," along with a few others. 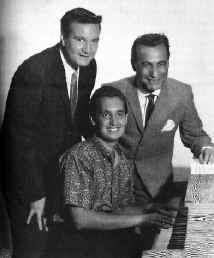 Sedaka already had plenty of performing experience, from singing at high school dances with his group the Tokens, to singing at Catskill resorts.  Kirshner wanted to sign them a long-term contract, but Sedaka and Greenfield only wanted to give Aldon eight songs over a three month period. If one charted they would sign. A few days after the contract was signed, Kirshner took Sedaka to New Jersey to play his songs for his old friend Connie Francis, who already had two Top Forty hits. She picked one for her next single, and by October, 1958 "Stupid Cupid." written by Sedaka and Greenfield and published by Aldon Music, reached #17. Sedaka and Greenfield signed with Aldon, and in less than a year had two more hits with Francis, "Fallin'" (#30) and "Frankie" (#9). 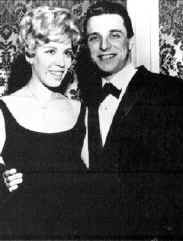 Soon Aldon signed Barry Mann, who had over two dozen songs recorded in the two years before he signed with Aldon, some national hits. Jack Keller and Harry Hunter, who had track records; Cynthia Weil an aspiring actress who had worked at Frank Loser's publishing house; and several other writers. Most had some experience to one degree or another, but what they really had in common they were extremely young. By 1962 Aldon had on staff eighteen writers, aged nineteen to twenty-six. Contrary to what most believe most of the writers were not brought in as teams. Eventually teams did form based on personal ties as much as by professional or artistic merits.

After six months, Aldon Music was well established. Now Kirshner began working on his long term goal, catering to the growing market for teenage songs, through  building a group of first class songwriters and making affiliations with the hundreds of record labels. Most of these labels released dozens of singles a year, with Columbia, Decca, and Capitol releasing hundreds.

Aldon Music was constantly adding more cubicles, each with a standup piano, and filling them with young songwriters willing to work for $150 a week or less. They would compose, cut demos, and play them for each other at the end of the day, making comments, suggestions and criticisms as they went along. Kirshner who had a good ear and commercial pop sensibility, usually had the final say.

After Aldon's first few hits Krishner became dissatisfied with the two cent mechanical royalties his company received for each record sold; one for Aldon and one for the songwriter(s). So he and Nevins became independent producers supplying the finished masters to the recording labels.

With this arrangement, Aldon was able to place their songs on sides of the record doubling the mechanical income, as well as getting a royalty on each record sold. With their growing track record as leverage, Kirshner and Nevins could demand a 10% royalty, with half going to the artist and half going to Aldon.

By 1962, there were eighteen writers on staff many forgettable. The bulk of Kirshner's hits were generated  by his three star teams; Sedaka/Greenfield, Goffin/King, and Mann/Weil. When the other writers had a hit it was usually in collaboration with one of these teams. 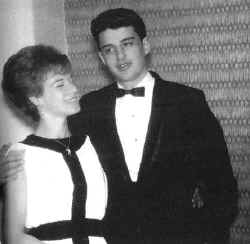 Kirshner hired Carole King and her lyricist husband Gerry Goffin in 1960, on a tip from King's old high school boyfriend Neil Sedaka.  Their first song "Will You Love Me Tomorrow" went to #1. Kirshner favored them, not only because of their commercial successes, but more importantly because of their adaptability and willingness to write commercial teen material. They wrote hundreds of charted hits for Kirshner, as well as running his Dimension label and producing most of its hits.

Barry Mann had written songs with Greenfield, Goffin and others, including a few hits.  After marrying Cynthia Weil, the Mann-Weil team cranked out fifty hits in the next few years, many of them classics.

Kirshner's West Coast Office  was headed by Lou Adler, who would manage Jan and Dean, head Dunhill Records and other labels, and be a movie producer (The Rocky Horror Show).

In 1962, Kirshner began his own record label Dimension. Distribution was handled by Amy-Mala. Artists on the label included the Cookies, Little Eva, and Carole King. Dimension had ten hits out of thirteen releases in its first year. 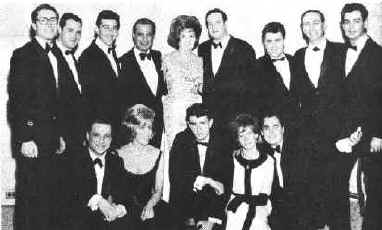 On April 12, 1963, Kirshner shocked everyone by selling the entire operation to Columbia Pictures-Screen Gems for a  two million dollars and Columbia stock; Kirshner was named Executive Vice President in charge of all Columbia Picture-Screen Gems publishing and recording activities; and Al Nevins was named as a consultant. The writers were included in the deal, but didn't see much of the money.

Under the deal, Kirshner headed up Screen Gems, a larger publishing company and its Colpix label, with offices on both coasts. The companies focus was on film and TV music.  Colpix's records consisted mainly of uninspired actors.

Songs were written, placed, records produced, new writers groomed. An effort was made to upgrade Colpix, though it was hopeless.  Colpix became little more than a proving ground for an expanding stable of writers/producers, especially in California.

As Kirshner was settling into his job at Colpix things were changing. In January, 1964 the Beatles came to America. The British groups were writing their material, the girl groups were fading , the number of indie labels had been depleted an d those that remaining took fewer chances.

In 1965, the regional scene appeared, with an estimated fifty thousand groups playing teen clubs, teenage fairs, battles of the bands, and armory dances.   Out of this grew a new culture, one that defined itself as "hip" and sneered at production line pop.  Kirshner was now seen as a symbol of everything phony.

His response was the Monkees. With Brill Building songs, they appealed to millions of  young girls. The ten year old sisters of those that rejected him.  Though he kept the Brill Building tradition alive through the Sixties, his market moved away from him.

"I believe that after I'm gone, my grandchildren will be whistling these tunes. Whether they know that I published them or not - they will be whistling these tunes the same as they do songs from My Fair Lady and Camelot, and these tunes will be part of American culture - they'll be used in movies and so on. Of all the legacies that I have given, personally to me it's very important that I was able to come out of the streets of Harlem, out of my dad's tailor shop, and have the ability to create an environment where this sound will be part of American and international culture forever."
Don Kirshner