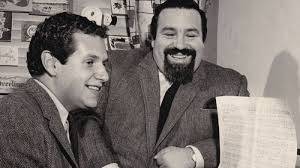 One of the most important rock and roll writing teams of the late-50s and early-60s, second only to Jerry Leiber and Mike Stoller, Doc Pomus and Mort Shuman composed more than 500 songs between 1958 and 1965. with Shuman composing the music and Pomus writing the lyrics, they achieved their greatest success writing for the Drifters and Elvis Presley, who recorded more than 20 of their songs.

Jerome Felder was born June 27, 1925, in Willliamsburg. His father Morris, born in Vienna, was a veterinarian and later lawyer, London born mother Millie Goldstein a nursing home manager. At the age of six the Felders moved to 75 Manhattan because it was only building in the Brooklyn neighborhood that had elevator after Jerome was crippled by polio at age of six. The four room apartment was on the second floor, so he would only have to lumber one floor up or down if the elevator failed.

In his teens he led a dance band. Felder in the afternoon rehearsed the band in the living room, where his father saw clients in the evening and his grandfather slept at night. The band played at bar mitzvahs and weddings.

The Felders were unhappy with their son's music, fearing he might ended up on a street corner selling pencils, they had hoped he would become an accountant. Music was more interesting to Felder than a career keeping books, so he dropped out of Brooklyn college to pursue a career in music.

By this time he had become more interested in jump blues with Big Joe Turner a favorite. He found this music in clubs where he wasn't even old enough to drink It was at George's Tavern in Greenwich Village where his career at a blues shouter was launched.

Viewed as a nuisance, George's owner threaten to throw Pomus out one evening. Pomus's reply was to claim he was a singer. A jazz trumpeter  Frankie Newton overheard the commotion and invited Felder to sit in. Seizing the opportunity, Felder got up on the stage and began singing Piney Brown Blues. Intrigued, Newton and others invited him back

Soon Felder was was singing  with Newton's band at George's for $5 a night and at Sunday afternoon jam sessions at the Pied Piper another club in the Village. A British  jazz critic and songwriter Leonard Feather heard him there and recorded him. Feather provide the songs and played piano on his first record released on Apollo label. Now a nineteen-year-old political science student at Brooklyn College, Felder was nicknamed Doc for his learning and added the Pomus himself.

Herb Abramson introduced Pomus to Atlantic Records which he had co-founded with Ahmet Ertegun. Abramson encouraged Pomus to write R&B songs for Atlantic. Pomus would drop by and sing a song while accompanying himself on the piano. If a producer or singer liked it, the song  recorded and became the property of Atlantic's Progressive Music.

By the mid-40s Pomus had begun recording blues based songs for a variety of labels with little success. In the early-50s he began writing songs, achieving his first success with "Boogie Woogie Country Girl" recorded by Big Joe Turner. He also wrote "Lonely Avenue," a smash R&B hit for Ray Charles, and collaborated with Jerry Leiber and Mike Stoller on the Coaster's hit "Youngblood." Pomus quit singing in 1957.

The greatest song Pomus wrote up to that time was Lonely Avenue, which Ray Charles recorded on May 16, 1956. Songs like Lonely Avenue won Pomus some fame but little money. His singing career was even less rewarding. In October, 1955, he wrote and recorded Heartlessly for Dawn Records. When Alan Freed played the song on WINS, it looked like Pomus's singing career might take off. However Dawn little so many small, undercapitalized independents sold it to a major label, RCA, where it promptly and his singing career died.

Time seemed to be passing Pomus by in more ways than one. In desperation he turned to a teenager, Mort Shuman that was dating his cousin Neysha .

Mortimer Shuman was born November 12, 1938, the only child to Louis and Esther (Drucker) Shuman, free-thinking, left-leaning Jews from Warsaw. Until he entered public school, he spoke Yiddish in Brighton Beach's "shtel on the shores of the Atlantic Ocean," as his neighborhood was described  in an unpublished autobiographical sketch. He lived in the same apartment block as Neil Sedaka and both of them learnt classical piano at the Juillard School of Music.

At 15 Mort went to the New York City College to study philosophy but after a year he was expelled for spending too much time playing piano
in bars. Mort loved R&B and Latin - a favorite song was ‘Please Don’t Leave Me’ by Fats Domino (1953). 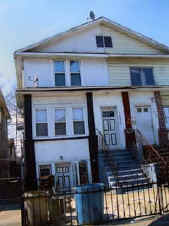 Shuman's Brooklyn house was on the same block a Neil Sedaka's

Shuman was still a teenager when he met Pomus, his father died and discovered marijuana. Under the influence of pot and Pomus, Shuman became what Norm Mailer wrote about in one of his essays: a white negro. Pomus befriended Mort,took him on as an apprentice and schooled him in the blues while he studied at City College. Mort would sit with Doc absorbing everything. To begin with Doc would only give Mort 15% of the publishing but soon they wrote together as
partners with Doc mostly writing the lyrics and Mort the melodies. Mort usually also sang on their demos. None of the songs Pomus and Shuman wrote in their first few years were equal too artistically or commercially as the best material Pomus had composed on his own. This partnership formed iin 1958 would lasth to 1965.

By the mid-40s Pomus had begun recording blues based songs for a variety of labels with little success. In the early-50s he began writing songs, achieving his first success with "Boogie Woogie Country Girl" recorded by Big Joe Turner. He also wrote "Lonely Avenue," a smash R&B hit for Ray Charles, and collaborated with Jerry Leiber and Mike Stoller on the Coaster's hit "Youngblood." Pomus quit singing in 1957.

In late 1958, Pomus's old friend Otis Blackwell  ("All Shook Up," "Don't Be Cruel," and "Great Balls of Fire"), introduced them to Paul Case who scouted, acquired and placed songs for Hill and Range Publishers. Case took a liking to the pair and signed them to a three-year contact.they took up residence at the Brill Building working for Aldon Music.

They were soon assigned to the fifteen-year-old Fabian. They gave him "I'm a Man and Turn Me Loose both which were hits. Fabian would record at least five song by Pomus and Shuma, including his third hit, Hound Dog Man, the title song for his first motion picture. 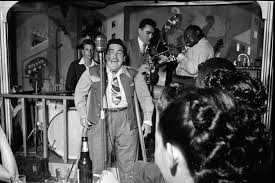 Between 1959 and 1961 they provided the Drifters with hits that included "This Magic Moment," "Save the Last Dance for Me," and Sweets for My Sweet." Pomus and Shuman also began providing songs to Elvis Presley including "Surrender," "Little Sister," "Suspicion" "Marie's the Name of His Latest Flame" and "Viva Las Vegas."

They as gave  Dion and the Belmonts' "A Teenager in Love," the Mystics' "Hushabye," and Jimmy Clanton's "Go, Jimmy, Go." 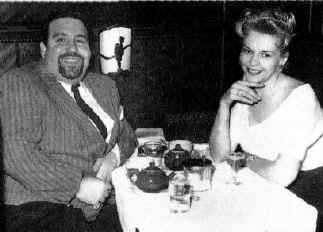 Save the Last For Me
Pomus with wife, Willi Burke
Photo courtesy Sharyn Felder and Will Burke

In 1964 they went to England, where Shuman began working with other writers. In 1965, Pomus took a severe fall, requiring hospitalization, and he remained confined to a wheelchair for the rest of his life. The team broke of that year and Pomus subsequently left the music business for ten years. Shuman collaborated with others writing "Little Children" for Billy J. Kramer and the Dakotas. Shuman also wrote for the Hollies, Freddy and the Dreamers, Cillia Black, and the Small Faces. 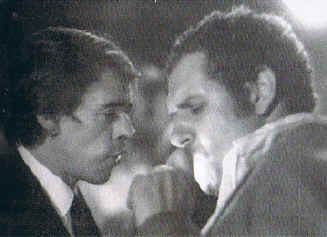 Shuman then moved to Paris, where he performed occasionally, recorded several albums, and wrote for French artist Johnny Hallyday. In 1968 Shuman translated the lyrics of French composer Jacques Brel, later writing, producing and starring in Jacques Brel Is Alive and Well and Living in Paris, which ran for seven years. In 1986 Shuman moved to London and wrote music for the unsuccessful British musical Budgie as well as for several other shows that were never staged. Mort Shuman under went a liver operation in the spring of 1991 and died in London on November 2, 1991 at the age of fifty-four. 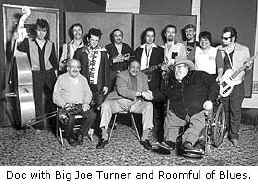 After spending more than ten years as a professional gambler, Doc Pomus returned to music in the late 70s, co-writing with Dr. John and B.B. King. In 1991 Pomus became the first white person to be awarded the Rhythm and Blues Foundation's Pioneer Award.. Later that year, on March 19, he died of lung cancer at the age of sixty-four in New York. In 1995 Forward Records released Till the Night Is Gone, which featured recordings of fourteen of his songs, many written with Mort Shuman, by artists such as Bob Dylan, Lou Reed, John Hiatt, and Roseanne Cash.