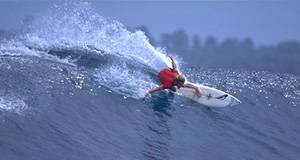 The new legion of predominately male teenaged surfers began to develop their own culture, dressing and speaking in a distinctive way. At high school the bleached-blonde surfers wore Pendleton shirts; sandals; whit, tight, and somewhat short Levi's; and baggies - very large, loose, boxer-style shorts. After school they jumped into oversized station wagons with wooden sides (woodies), which transported their polys (surfboards), drove to the beach and dashed to the ocean. They ran with their sticks (surfboards) into the soup (foaming water near the beach) and tried to catch a wave. Some would only "fun surf" on the three-to-six foot waves. The more daring surfers would carry their "Big guns" (surfboards designed for riding tall waves) into the water, pick up a "hairy" wave (a fast wave that is difficult to surf) and "shoot" (ride) it, sometimes "hot dogging" (performing tricks) to impress the "bunnies" (girls) on the shore. All surfers showed disdain for the poorly skilled or fraudulent, to whom they referred  as "gremlins" or "kooks." 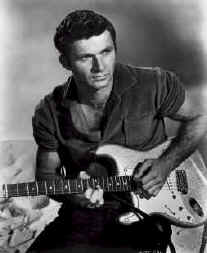 Surfers listened to their own music that originated with Dick Dale and his Del-Tones. Born in Beirut, Dale (Richard Monsour) grew up on the Southern California coast and joined the hordes of young surfers. A guitar enthusiasts, Dale had released a few in distinctive singles on his own label in 1960. Dale worked closely with Leo Fender, the manufacturer of the first mass produced, solid body electric guitar and the president of Fender Instruments, to improve the Showman amplifier and to develop the reverberation unit that would give surf music its distinctively fuzzy sound. 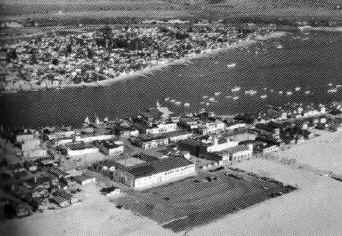 During the summer of 1961, Dale and his band unveiled the new surf sound during weekend dances at the Rendezvous Ballroom in Balboa, California

Dick Dale and the Del-Tones released records for the surf crowd. In September, 1961, "Lets Go Trippin'" topped the California charts and edged toward the national Top Fifty. Dale followed with "Surfbeat," "Surfing Drums," and "Shake 'n' Stomp," and in 1962 produced the classical surf instrumental, "Miserlou." In early 1963, Capitol Records signed Dale and called him the King of the Surf Guitar. The same year he appeared in William Asher direct movie Beach Party, and by 1963 had become a California celebrity.

By the end of 1963, surf music had become a national craze.