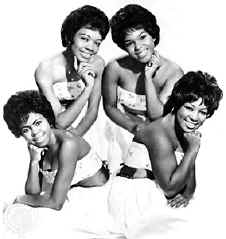 One of the first of the late Fifties and early Sixties girl groups and among the few to write their own hits, the Shirelles were also one of the longest lasting

The Shirelles, a group of 16 and 17 year olds, were all friends from Passaic High School in Passaic, New Jersey, that began singing together in 1958. Fans of the Flamingos, Chantels, and Little Anthony and the Imperials as well as the Bobbettes, The Shirelles received a large part of their musical education by listening to New York's premier R&B station at the time, WWRL.

Originally they called themselves the Poquellos (meaning birds).

The Shirelles consisted of Shirley Owens (born June 10, 1941), Addie Micki" Harris (born January 22, 1940), Beverly Lee Born August 3, 1942) and Doris Coley (born August 2, 1941)  With a strong distinctive voice, Owens was the natural leader.. Their harmonizing in the school gym resulted in a teacher suggesting that they direct their talents toward the school's talent show. The Shirelles then set about to writing an original show and they wrote one about young love called "I Met Him On A Sunday." The girls sang the song a cappella in the show and were immediate sensations. Their friend Mary Jane Greenberg wanted to introduce them to her mother Florence Greenberg, who owned Tiara Records, but the girls weren't interested and turned her down. After Mary Jane's repeated request, the Poquellos finally auditioned in Florence's living room with "I Met Him on a Sunday."  On February 7, 1958 they found themselves in a recording studio doing "I Met Him On A Sunday" and "I Want You To Be My Boyfriend."  Deciding that they needed a more commercial name, so Florence took Shirley's name, and combined it with the Chantels and came up with the Shirelles. Promotional copies were distributed in New York in les than a week after the audition..

The single came out in March and created enough activity for Decca to buy the masters. On April 21, "I Met Him On A Sunday reached the Billboard charts, rising to #49. The single became a staple on radio stations until July. The Shirelles were booked to play the Apollo Theater in March and appeared on Dick Clark's ABC-TV Saturday show in April.

The Shirelles then began performing on the chitlin' circuit, but their mothers insisted that the teens be chaperoned. Two of the tour's older performers, Etta James and Ruth Brown became the designated den mothers.

Decca issued two more singles "My Love Is A Charm" and "Lonely Nights" both which failed to chart. The Shirelles were dropped by Decca by the end of 1958.

In June 1959, the Shirelles began their comeback. They were booked into the Howard Theater in Washington, DC, followed by the Apollo Theater in Harlem, New York Greenberg   who had started  Sceptor Records in the spring of 1959 and brought in producer/writer Luther Dixon to work with the girls. The Shirelles' first Sceptor record was a remake of the 5 Royales' 1957 single "Dedicated To The One I Love" with Doris Coley on lead, reached #83 in July. To promote the record a long tour of one-nighters headlined by Dee Clark.

The next two singles "Doin' the Ronde" and "Please Be My Boyfriend" went nowhere. Then the group recorded a Owens/Dixon composition, "Tonight's the Night," which was released in April, 1960. Featuring Owens, it charted on September 12 and reached #39 Pop and #14 R&B.

In late summer of 1960, songwriters Carole King and Gerry Goffin brought Dixon a song called "Tomorrow." The girls didn't like it, feeling it was to white,  and had to be pressured by Dixon to record it. By the time it was released in the fall of 1960, it had become "Will You Love Me Tomorrow," an up-tempo pop song with an exciting string arrangement and lyrics that were ahead of their time in subject matter.

On November 21, 1960 "Will You Love Me Tomorrow" charted Pop and in two weeks reached the top spot, the first record by a black female group to hit the top spot. Its success put life back into "Dedicated To the One I Love" and "Tonight's the Night" and all three were certified gold in 1961. The Shirelles ended the year by appearing at the Brooklyn Paramount's Chiristmas Show were Brenda Lee, Bobby Rydell and Ray Charles headlined.

The follow up was a reissue of "Dedicated To the One I Love," and it climbed the Hot 100 so fast that "Will You Love Me Tomorrow" was still at number #3 when it entered the Top 10.

The Shirelles then began touring with all the hitmakers of the day from Dion, Chubby Checker, Ray Charles, Neil Sedaka, and the Coasters, to Fats Domino, the Drifters, and Bo Diddley. They also did the Dick Clark Caravan of Stars.

Owen's distinctively innocent sound was now fully developed and the girl's harmonies were polished and smoothly commercially. As a result the Shirelles charted more times Pop (26) than R&B (20) in their career.

In early 1962 writers, Hal David, Burt Bacharach and Barney Williams gave Dixon a rock ballad called "I'll Cherish You' which became "Baby It's You." "Baby It's You" charted at #8 Pop and #3 R&B. Despite the Shirelles' enormous popularity TV shows like Ed Sullivan were off limits to black girls in 1962.

By now every every publisher and writer was trying to get a song recorded by the Shirelles. Two songs that were passed on were "The Shoop Shoop Song, a #6 hit for Betty Everett in 1964, and "He's a Rebel, which the Crystals took to #1 in 1962.

Shirelles and Murray the K

The Shirelles continued to appear on the charts in 1962 with "Welcome Home Baby" (#22 Pop, #20 R&B), "Stop the Music (#36 Pop), and "Everybody Loves a Lover" (#19 Pop, #15 R&B), but in 1963 Dixon left to work at Capitol and Stan Green took over production. He had a strong entry with "Foolish Little Girl" (#4 Pop, #9 R&B), but subsequent songs were weaker. Still the Shirelles stayed in demand recording several songs for the film comedy It's a Mad, Mad, Mad,World and touring England with Little Richard and Duane Eddy.

During this time Shirley got married becoming Shirley Owens-Alston, and Doris became Doris Coley-Kenner. A new comer Dionne Warwick substituted at performances for these newlyweds and at the same time building her own career at Sceptor.

In 1964, the Shirelles were told there was no money in the trust fund by Greenberg to protect their earnings. They attempted to leave Sceptter, but were blocked by an injunction as lawsuits went through the courts. Scepter continued to release previously recorded material, but without commercial success.

After the legal problems were settled, the Sirelles remained with Sceptor for another four years. Sceptor continued to issue Shirelle records through 1968, but after "Foolish Little Girl' the closest they came to the Top 20 out of twenty-three singles was "Don't Say Good Night and Mean Goodbye (#26) in the summer of 1963. One song that had a good shot was "Sha La La (early 1964), whiched charted. However as it was starting to gain momentum Manfred Mann covered it at the beginning of the British invasion and disc jockeys opted to play the foreign version.

In 1968 Doris left the group to raise a family and the Shirelles continued on as a trio. In 1969 they had three singles as Shirley  and the Shirelles for Bell Records. On November 29, they appeared on Richard Nader's first Rock & Roll Revival concert at the Felt Forum in New York with the Penguins, Chuck Berry, Bill Haley and the Comets, the Five Satins, Shep and the Limelites, the Spaniels, the Mello-Kings, and Gary U.S. Bonds.

In 1970 the group signed with United Artists Records and recorded a medley of "There Goes My Baby/"Be My Baby." In the fall of 1971 they signed with their last label RCA, for four singles and continued touring.

In 1975 Shirley teamed up with producer and former Shirelles manager Randy Irwin for a unique concept LP called Shirley Alston With A Little Help from Her Friends. The friends were famous doo wop groups who backed Shirley while she sang lead on their biggest hits, e.g., "I Only Have Eyes for You" with the Moonglows, "When or Where" with the Belmonts, "Save the Last Dance for Me" with the Drifters, and "In the Still of the Night" with the Five Satins. In the meantime Doris returned and the group continued performing until June 10, 1982, when Mickey Harris died of a heart attack while performing with the group at the Hyatt Regency Hotel in Atlanta. 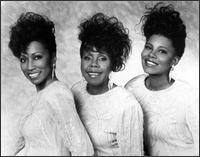 Entering the '90s there were at least three different Shirelle groups, each with one original member.

The Shirelles were inducted into the Rock and Roll Hall of Fame in 1989.