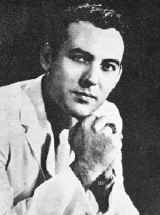 With his smash 1956 hit classic "Blue Suede Shoes," Carl Perkins virtually defined and established rockabilly music in the rock and roll cannon and launched Sun Records into national prominence. Carl Perkins is regarded by many as one of the founding fathers of rock-and-roll. Although he placed only one record in the pop top forty "Blue Suede Shoes," it became a legendary one in the annals of rock-and-roll and propelled Perkins, one of the original rockabilly singers, into his legendary status.

Born Carl Lee Perkins near Tiptonville, Tennessee in 1932, the son of the only white sharecropper (Fonie "Buck" Perkins)on a cotton plantation and Louise Brantley. The family lived first in a three room shack and then a one room storehouse.  The family was so poor that kids in the neighborhood brought cast off clothes for the Perkins brothers.

Growing up in Tennessee with his brothers, Jay B. and Clayton, Carl learned to play the guitar and became quite proficient at it. He listened to country music, gospel, and blues, and began to write some of his own compositions. At 13 he performed a song that he had written, Movie Magg, at a local talent show and won. He formed a group with Jay and Clayton called the Perkins Brothers. Carl played electric guitar and did most of the singing with Jay playing acoustic rhythm guitar, and Clayton the upright bass.

Shortly after World War II the family moved to Bemis Tennessee, where the brothers worked in the cotton mills. Buck was unable to get a job in the mills because of a lung condition, and Perkins family went back to sharecropping. 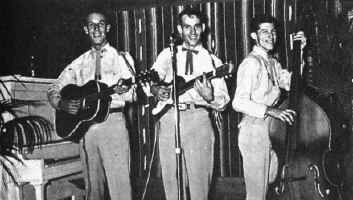 In 1950 the family moved to Jackson, Tennessee where he formed a group with Jay and Clayton called the Perkins Brothers which began to perform at a local honky tonk known as the El Rancho Club in 1947 and 1948. W. B. Holland joined the group as a drummer. They appeared on WDXT radio in his home town of Jackson, Tennessee from 1950 to 1952. Meanwhile, Carl spent many years working during the day at Colonial Baking Company in Jackson as a baker.

On January 24, 1953, Perkins married Valda Crider from Cornith, Mississippi. They moved to the government housing project in Jackson and began having children. 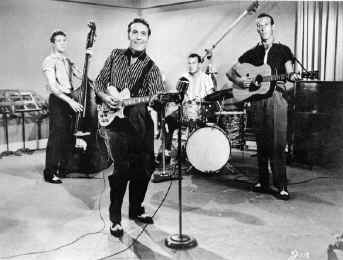 Carl signed a recording contract with Flip Records, a subsidiary of Sun in Memphis, on January 25, 1955. His first release was Movie Magg, written when he was fourteen, that sold slowly. However, it allowed him to get bookings where he opened for Elvis. Phillips felt that he could make a rockabilly  star out of Perkins with the right song. According to Perkins, after a show in Parkin, Arkansas when he was touring with Elvis Presley and Johnny Cash, he wrote down the words of someone on the dance floor warning his date to stay away from his new blue suede shoes. "Blue Suede Shoes" was recorded December, 1955, and released January 1, 1956 on the Sun label.

Playing on the Jamboree

At first "Blue Suede Shoes" sold slowly. Early in 1956 Perkins began making regular appearances on  "Big D Jamboree" on radio station in Dallas where he played the song every Saturday night. Slowly it began to catch on - first in the country market, then with teenagers and finally with rhythm and blues fans. 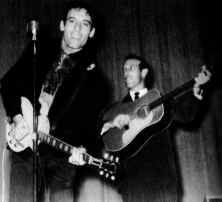 arranged for the Ed Sullivan and Perry Como TV shows, but while traveling to New York for those engagements he was involved in a terrible automobile accident. The driver, Dave Stewart fell asleep at the wheel and the car ran into a pick-up truck near Dover, Delaware. Stewart was killed, Carl suffered a fractured skull and broken arm. His brother Jay's neck was broken from which he would never recover. Eventually Elvis Presley, covered Blue Suede Shoes, which became Elvis' third top forty hit. These events served to steal some of the his thunder and  Perkins never quite recovered his momentum in the world of pop, although his place in music history was assured.

Perkins wrote his songs and always stayed with the pure rockabilly style.Carl continued to record songs that were country hits, such as " Dixie Fried," " Boppin' The Blues," and "Your True Love," the latter two of which became minor pop hits. The flip side of Blue Suede Shoes was "Honey Don't," which had originally been intended as the A-side.  "Honey Don't" was discovered by the Beatles who covered it along with two more of Carl's songs, "Everybody's Trying To Be My Baby" and "Matchbox". Latter day pop artists who would acknowledge the influence of Carl Perkins include Rick Nelson,

John Fogerty, Bob Dylan, Eric Clapton, and Paul McCartney, who said "If there were no Carl 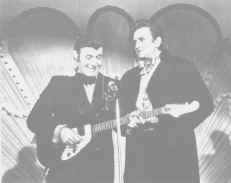 Perkins, there would be no Beatles."

Following the death of his brother Jay in 1958, Carl signed a 5 year deal at 6% with Columbia. Songs by country influenced singers such as Buddy Knox and the Everly Brothers were crossing over to the pop charts. Carl had some more minor pop hits with records such as Pink Pedal Pushers and Pointed Toe Shoes, but he eventually went back to country music. He signed with the Dollie label in 1963 and joined his friend Johnny Cash's road show in January1965. After Cash's guitarist Luther Perkins (no relation) died accidentally in 1968 Perkins became a member of the Tennessee Two. His composition "Daddy Sang Bass" was a big hit for Cash. He was to stay with Cash for ten years, exhibiting his fine guitar-playing, performing solo at times, and occasionally writing songs. Carl continued recording country songs into the 70's. His brother Clayton passed away in 1974.

In the mid-70's he appeared at the Wembley Festival in England and advertised his new album, Old Blue Suede Shoes Is Back Again, on British television. He has continued to record songs for various labels, including his own, the appropriately named Suede. He works with a five-man band that includes his sons Stan and Gregg. He has also collaborated with other notable artists over the years, including his work on the album The Million Dollar Quartet with Cash, Presley, and Jerry Lee Lewis and on The Trio Plus with Lewis, Charley Pride, and others.

Carl Perkins appeared in the 1985 film Into The Night and won the Grammy Hall of Fame Award in 1986 for Blue Suede Shoes.

In 1991 Perkins was diagnosed with throat cancer and was cured through radiation treatment. 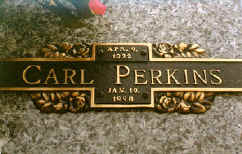 Carl Perkins was inducted into the Rock and Roll Hall of Fame in 1987.
We'll Always Remember Carl Perkins
Carl Perkins Guitars and Amps