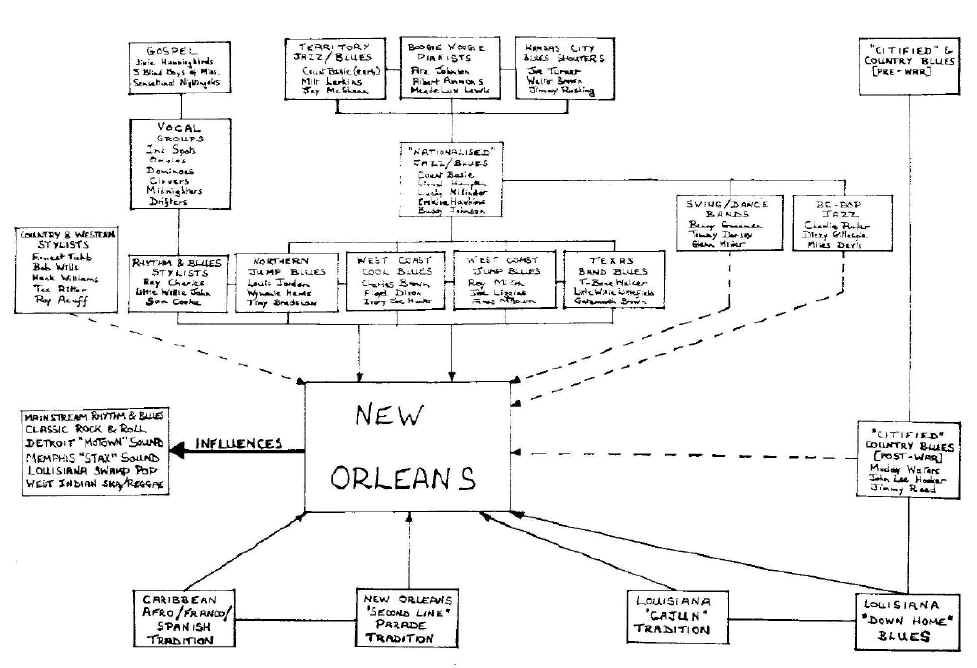 At the mouth of the Mississippi, New Orleans stands at a crossroads where Native American, French, Spanish, English, African, Caribbean, and Latin-American cultures have mixed for over two centuries. a capital of American music at least since the Civil War, the city has shaped rhythm & blues, rock & roll, and reggae no less than it's ragtime, jazz and Delta blues.

The barrelhouse piano of Kid Stormy Weather and Sullivan Rock, the crude but gentle vocal styles of Creole folksingers, and dance from Cuba and Trinidad were the sources from which pianist Professor Longhair forged his prototypical rock & roll in the mid-Forties. Dave Bartholomew assembled a band that featured many of the city's most inventive musicians and combined the loose cohesiveness of the best jazz ensembles with the "secondline"  syncopation and raucous bass work of the Mardi Gras parade bands