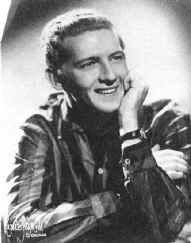 Though he had only three Top Ten hits in his first purely rock and roll phase of his career, many believe he was as talented a fifties rocker as his Sun label mate Elvis Presley 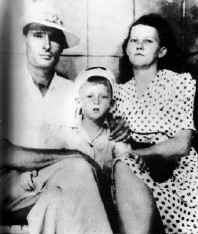 Born September 29, 1935 in Ferriday, Louisiana, the Lewis' were a religious family.

Jerry would never escape his southern upbringing or his Assembly of God beliefs. He was taught that music to dance to came from the devil, playing in honky-tonks was sinful, drinking and carousing with women would send him to hell. 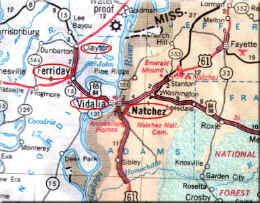 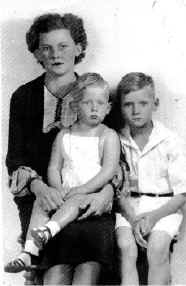 His life was always to be tragic, starting when Lewis was three his older brother Elmo Jr.(his father was Elmo Sr.) was killed by a drunken driver.

"You've got to walk and talk with God to go to heaven...
I have the devil in me! If I didn't have, I'd be Christian!"
Jerry Lee Lewis at a 1957 recording session

Jerry Lee began to play piano at age eight on a Stark Upright that his parents, Elmo and Mamie Lewis mortgaged the farm to buy. Along with cousins Mickey Gilley and Jimmy Lee Swaggart, Jerry Lee was constantly playing and practicing on the old Stark.

At an early age Lewis was considered to be incorrigible. At fifteen he was sent to study at the Assembly of God's Institute Bible School in Waxahatchie, Texas. He was soon expelled. In 1952 he married his preacher's daughter Dorothy Barton, but soon abandoned her to play the piano at Haney's Big House. A year and half later he married his 13 year old cousin Myra Gale Brown, his bass player's daughter, before his divorce was final. A month later Myra had a son Jerry Lee, Jr. 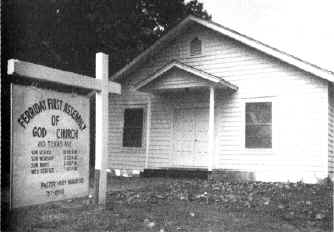 Jerry grew up listening to a variety of music; "The Louisiana Hayride" and "Grand Ole' Opry" broadcasts, 78 rpm recordings of country singers and blues men, and the inspired gospel music of the Assembly of God Church. He also spent hours hiding behind the bar at Haney's Big House soaking up the sounds of blues men like then 18 year old B.B. King. Jerry Lee took these different forms of music and combined them to create a style completely his own. A creator in a world of imitators, Jerry Lee Lewis, will be remembered with Chuck Berry, Little Richard, and Elvis Presley, as one of the true fathers of Rock & Roll.

Another artist to make a big impact on Jerry Lee was Moon Mullican, a white boogie woogie pianist who combined blues, jazz, and country styles and scored big hits with songs like "I'll Sail My Ship Alone"(which JLL cut at Sun) and "Seven Nights to Rock".

In the mid 1950s, Lewis studied to become a preacher at a bible college in Texas. Like Moon Mullican before him, Jerry could not resist the temptation of his boogie roots. Whereas Moon played a version of Bessie Smith's St Louis Blues' at a church service, the Killer boogied up the hymn 'My God Is Real' and was expelled for doing so. Thereafter, Jerry Lee turned to music. 1954 saw Jerry Lee Lewis record 2 songs for a Louisiana radio station. They were hits of the day: Hank Snow's 'I Don't Hurt Anymore" and Eddie Fisher's 'If I Ever Needed You I Need You Now". Both songs,done by Jerry, combined blues and country.

In late 1956, his trip to Sun Records was financed by selling thirty-three dozen eggs to Nelson's supermarket in Ferriday, Louisiana. When  he arrived Sam Phillips was out of town, but he refused to leave until Jack Clements, the studio's engineer allowed an audition. Afterwards Lewis was told to come back in a month.

In late November, 1956 Lewis returned to Sun Studios to find out that Phillips had been impressed with the audition tape. At the first session Lewis recorded "End of the Road" and "Crazy Arms". Both songs were song with fervor and zeal which forecasted things to come. On December 4, Lewis was playing piano for Carl Perkins. Johnny Cash was there giving Perkins support when Elvis Presley walked in. The jam session, nicknamed the Million Dollar Quartet was recorded. Lewis more then held his own with three of the top performers of 1956.