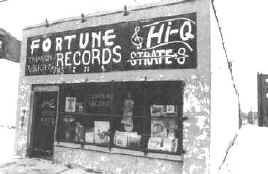 Photo courtesy Charles Auringer
Fortune Records Building at 3942 Third. Owners Jack and Devora Brown moved the label here from 11629 Linwood in the fall of 1956. Fortune would remain here until 1998. The building was demolished by a subsequent owner in late 2001, despite a last ditch effort to save it. 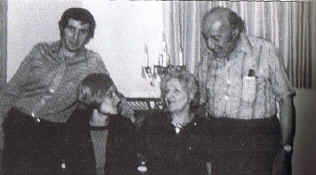 The Fortune Record story really begins with composer-lyricist, Devora Brown, who in the early 1940's, had written and published (in sheet music) many of her early songs, long before Rock 'N Roll blossomed in the mid 1950's. Devora and her husband Jack made several unsuccessful trips to Manhattan in order to break into Tin Pan Alley. Undaunted, Jack and Devora decided to establish their own record company with the main purpose to record Devora's songs. In the fall of 1947, Fortune Records was born. With the encouragement of such rhythm and blues dignitaries as Louis Jordan and Lionel Hampton, the Browns started a company that continues to record Black music. 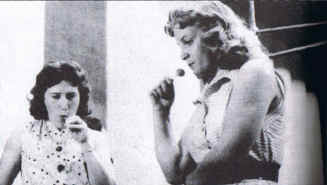 At first they operated out of their home, then they rented a place on Linwood Avenue in Detroit. Their first record was "Jane" by Russ Titus. It was a hit in Detroit. The elusive national hit record came in 1952 with "Jealous Love" by the Davis Sisters (Skeeter and the late Betty Jack Davis), and two years later "Adios My Desert Love" and "The Wind" by the Diablos. "The Wind" was a triumph in Black vocal group harmony. It featured the exquisite yet eerie vocalizing by Nolan Strong. With the help of these two classic hits, Fortune was firmly on it's feet. 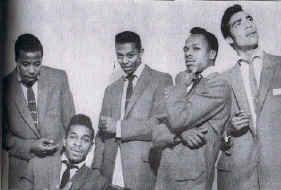 The business.was progressing quite well by the mid 50's, but dissention had invaded the ranks on quiet Linwood Avenue. The neighbors didn't exactly share their enthusiasm for the music they were recording. They called it loud noise, but the Brown's called it beautiful. Jack and Devora sought a more suitable location for their business, so in the Fall of '56 they moved the Fortune Headquarters to a  location on Third Avenue. Their son Sheldon purchased the sound equipment, an Ampex 350 recorder on which most of their oldies were recorded. Devora remembers: "The first recording that was mode there was that of our then teenage daughter, Janice. She had composed and artfully played a classic composition of hers on our mellow sounding old upright piano. Our top plug at the time was Andre Williams great hit 'Bacon Fat'. " (original liner notes by James Austin) 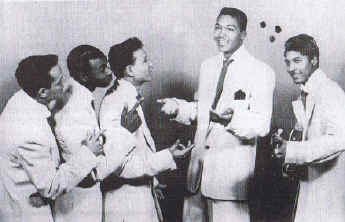 Fortune was started in 1946 by the husband and wife team of Devora and Jack Brown in Detroit Michigan. Fortune recorded rhythm and blues, country and western, jazz, gospel and ethnic music. The most successful act for Fortune was Nolan Strong and the Diablos. 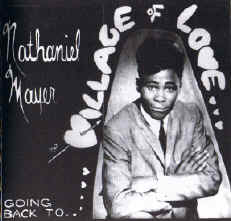 The label was a family affair, as Devora wrote many of the songs that appeared on the label and Jack Brown recorded the songs. The company seemed to be operated as a hobby label for many years and was more active in some periods than others. The original albums came out during the sixties but were reissued in the seventies. Among the albums of interest on the label are the three albums by Nolan Strong and the Diablos, albums by Nathaniel Mayer and the Twilights, an album by bluesman Dr. Ross, and an album by John Lee Hooker and Big Maceo. The album called Tattooed Lady has early tracks by rockabilly pioneer Roy Hall and the York Brothers.

Determining original issues of Fortune albums is very confusing, because the 1960s albums were reissued in the 1970s with the original label. We believe the first label was red with silver print, with "fortune" in silver above the center hole. Above the Fortune logo is the slogan "for TRULY GREAT MUSIC". This label was the original on LP-3001. The next label was purple with silver print, with the same graphics. This was the original label on the 8000 series. The third label was yellow with blue printing, again with the same graphics. The albums with the yellow and blue labels are reissues from the sixties. The problem with identifying original sixties pressings is that the original purple and silver label was used again on seventies reissues. We believe that the only way to tell an original from a reissue is that the originals have thicker wax, and that's definitely not a science.

We would appreciate any additions or corrections to this discography. Just send them to us via e-mail at fortune@bsnpubs.com. Both Sides Now Publications is an information web page. We are not a catalog, nor can we provide the records listed below. We have no association with Fortune Records, which is currently inactive. Should you be interested in acquiring albums listed in this discography (which are all out of print), we suggest you see our Frequently Asked Questions page and follow the instructions found there. This story and discography are copyright 1999 by Mike Callahan.