In the 1955 a new era of doo wop began lasting until 1959. The number of doo wopishness increased around 1955, representing the beginning of the classical era.

Harmonies were tight and sweet, but lead singers lost much of their smoothness found so often in the paleo-era. Leads began to alternate between tenor and falsetto and the latter frequently used to "run above" the song in the ballads. Bass singers were given more "voice" and were usually found bum bum bumming around the choruses. Nonsense syllables were used in almost every song, and were more subdued in the ballads then they were in the uptempo songs.

Example I Wonder Why by Dion and the Belmonts

Little Girl Of Mine by the Cleftones

Most singers in this era were young and sang almost exclusively of young, idealistic love. Older groups been around in the paleo era (the Coasters, Clovers, and Robins) added classical doo wop overtones. Melodies tended to be simplistic and formulaic. Backbeats were heavy, but instrumentation remained in the background

Starting in the classical era many groups adhered to the "rockaballad or four Chord uptemo format. Examples range from Coney Island Baby by the Excellents, to Closer To You by the Channels, I'm So Happy by Lewis Lymon and the Teenchords.

Music within this era and marketing strategies led to music aimed a specific audiences such as young teens. Some sub-styles were school boy-doo-wop, gang doo wop, pop doo wop and Italo doo wop. With exception of Italo doo wop groups, several integrated groups and a few female groups, the groups consisted of all yon black males. 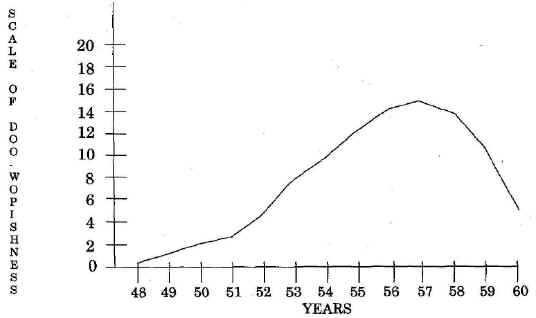