Petty became the groups manager and producer. At Petty's insistence, the Crickets signed with Brunswick as a group, while Holly signed as a solo with with Coral. Petty saw in Holly a potential for superstardom. The strategic attempt at double exposure would pay off later. 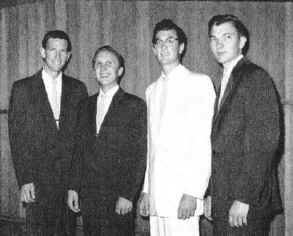 Initial sales of "That'll Be The Day" were slow.  Through the summer of 1957, it's popularity moved from the Southwest to the West Coast and back to the Northeast. By early August the record began appearing on the national charts. Four weeks later "That'll Be The Day" was the top selling record on both the pop and R&B charts.

In August, the group began playing the east coast theater circuit, the Howard in Washington, the Royal in Baltimore and the Apollo in New York City. For one week at each venue, the Crickets quickly won over the predominantly black audiences with their energetic stage show. 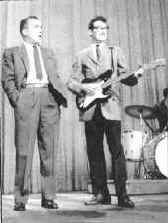 For the next year it seemed like either Holly or the Crickets cut a hit record every other month. At the same time they were touring extensively with Alan Freed shows. They also made their television debut on "The Ed Sullivan Show". 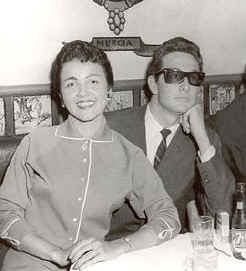 In October Holly split from Petty over a failure to account properly for the groups earning. In November, 1958 the Holly and the Crickets returned to Lubbock. Record sales had fallen off as Buddy changed to from hard driving rock and roll to a lighter style. The other Crickets didn't like the direction that their music was taking. Holly was convinced he was taking the right direction and split with the Crickets when they decided to stay in Lubbock and continue working with Petty. He moved to Greenwich Village, NY where he married Maria Santiago. Back in New York he recorded in January, 1959 "It Doesn't Matter Anymore"on the Coral label.

The Crickets continued with guitarists Sonny Curtis, Joe Maudlin, and Jerry Allison, and a succession of various vocalists. After a period back in Clovis recording for Petty and sessions in New York City by 1959 their base was in Los Angeles. Vacillating between the Holly sound and following their own impulses, creating a direct, uncomplicated pure pop sound that virtually eliminated all black elements and country elements as well.

The split with Petty caused legal problems, tied up his money and Holly found himself in a situation where he needed to tour to pay the bills. He put together a backup group consisting of Tommy Allsup, Waylon Jennings and Charlie Bunch and early in 1959 he joined The Winter Dance Tour Party of the Midwest.

Buddy's last performance was at the Surf Ballroom in Clear Lake, Iowa February 2, 1959. Tired of riding the bus and needing to get his laundry done Holly charter a Beechcraft Bonanza to fly him, J.P Richardson (The Big Bopper) and Ritchie Valens to the next stop Moorhead, Minnesota. On February 3, 1959 the plane took off and crashed minutes later killing all on board.

The Holly sound was a strong influence into the 60s, carried by the Crickets, Bobby Vee, Tommy Roe's "Sheila" (1962), the Bobby Fuller Four and numerous cover versions of Holly's songs. 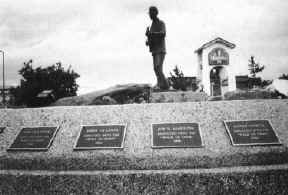 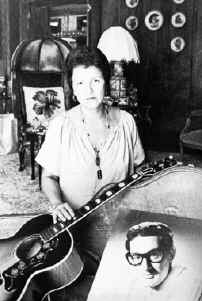